all items come autographed by sleazy.
Please allow 2-4 weeks for all handmade items. 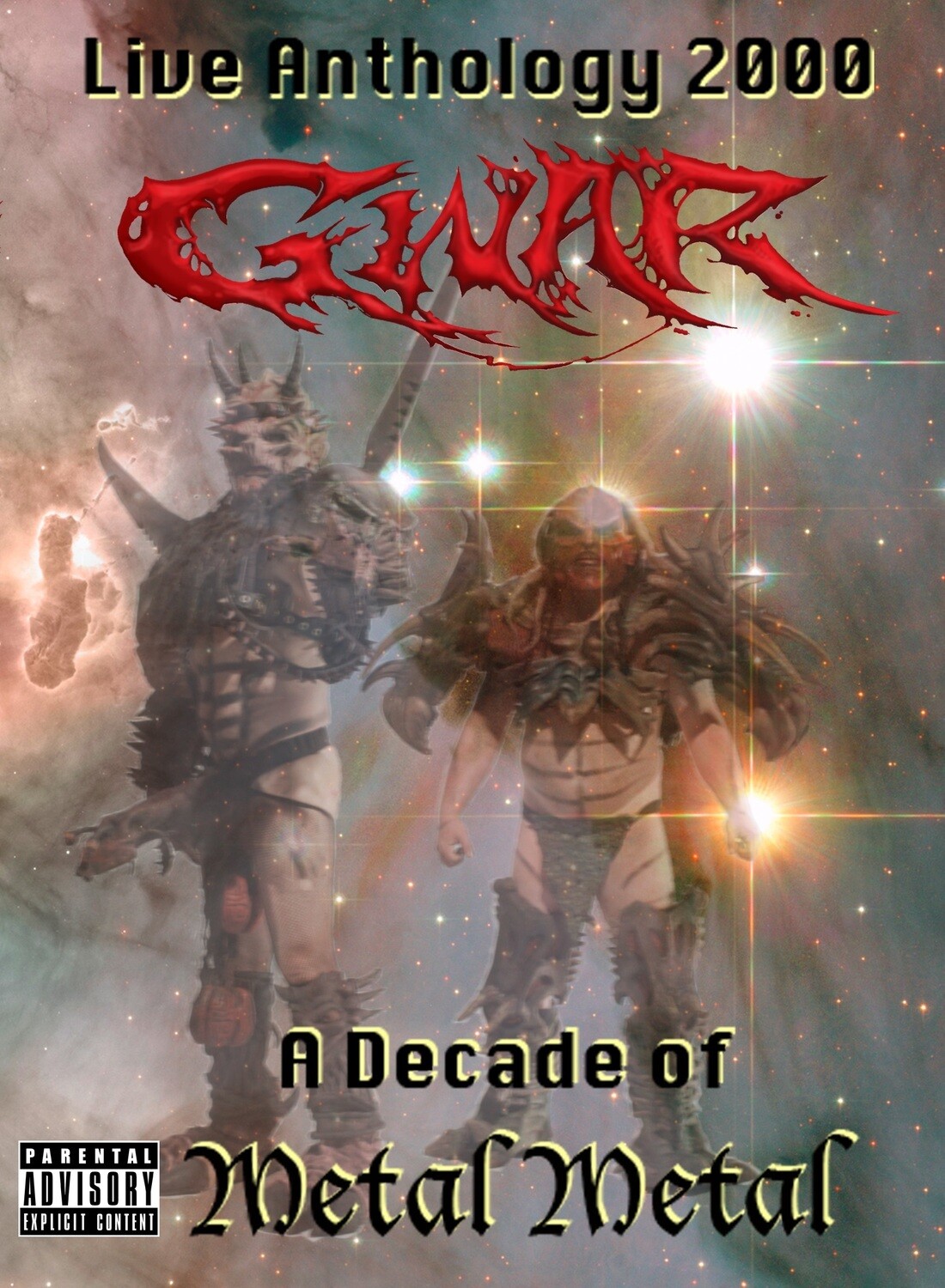 From 2000 to 2009 come 5 DVD's of GWAR's most metal tours. For fans of Oderus and Flattus these multi camera shoots capture them at their peak. There is also plenty of giant monster action as Gor-Gor, Jucifer and the Reganator charge the stage. Throw in Bush Jr., Osama, the Pope, Ultimate Bohab, Michael Jackson, Hillary, Obama plus countless other victims and you've got some gut blending shows. WIth fan favorites Sleazy and Bozo making apperances plus extra special effects and animations these are some of the best GWAR shows ever captured on DVD. These disks are complete and identical to the originals which include menus and special features.

Save this product for later
Display prices in: USD